It took us more than eighty years
To make it to Thiepval and your grave,
To see your stone and mark it with our tears
For a lost uncle we had never known,
Who died for telling lies about his age.
This year you would have had that telegram
To mark your century, if only you had grown
To make the man you promised to become,
You would have waved it like some honoured sage
At my grandchildren, and perhaps your own.

Your generation may have passed away,
But they will live in memory, always.
Stories about you from your kin will stay
With us to be our children's heritage.
And rest assured, we'll do our best to show
Them who you were, and what you did, and why.
We'll tell them how you wanted what was true
And decent to survive, for all of us.
But more than that, I want to let them know
How you were loved by all those close to you.

It seems so weak that we can only say
We're sorry that we let you and your pals
Down so: not that we forgot to pray
For you and all those who did not come back.
No, we remember when we pray aloud
Each year and give thanks for your sacrifice.
But did we mount that final mass attack
To put an end to war at any price
And build a world of which you could be proud?
We tried, just didn't make it. 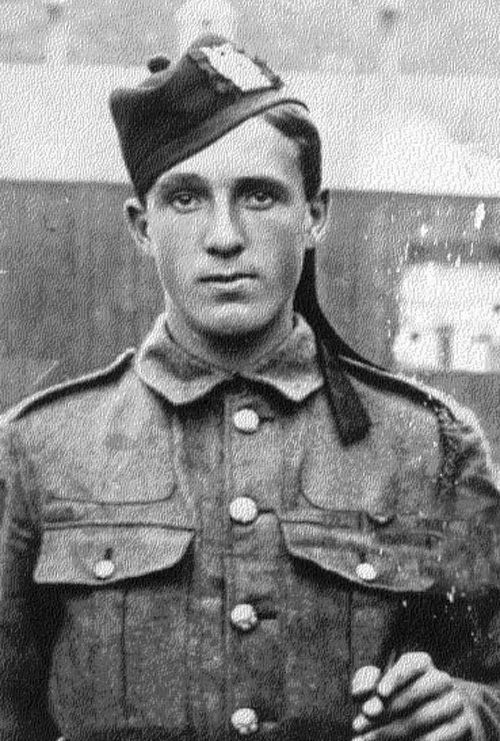 
This poem (and the following poem "A Private Soldier") concern the principal Tyneside regiment, The Northumberland Fusiliers,
in the First World War. ’Somme 1997’ was written in that year during a visit to my uncle Jack’s grave near Thiepval. Jack volunteered

for service in the Tyneside Scottish Battalion of the Fusiliers when only 17 years old. He was killed on the first day of
the Battle of the Somme in the attack on the village of La Boiselle. The attack failed and eight out of every ten men were
killed or seriously wounded. The poem takes up the disturbing words of one of the survivors recorded in the Battalion Diaries:
"We tried, just didn’t make it. Sorry sir.”